Home Minister Minister of State for Commerce and Industry

Minister of State for Commerce and Industry 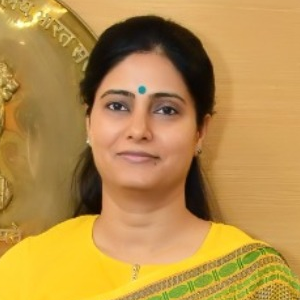 She is blessed with excellent oratory skills and always speaks emphatically on the floor of the House. As a Member of Parliament, she has made a mark with her meaningful interventions in the parliamentary debates and discussions.

Also as a member of several parliamentary committees, she enriched the discussions with her valuable inputs. During September 1, 2014 - July 5, 2016, Smt. Patel was member in various Parliamentary Committees viz. Committee on Empowerment of Women; Standing Committee on Petroleum and Natural Gas and Consultative Committee, Ministry of Road Transport and Highways and Shipping; Committee on Welfare of Other Backward Classes (September 12, 2014 – July 5, 2016); Railway Convention Committee (April 27, 2015 – September 20, 2016); Standing Committee on Energy (September 13, 2019 – July 6, 2021); Committee on Petitions (October 9, 2019 – July 6, 2021); Consultative Committee, Ministry of Petroleum and Natural Gas (September 01, 2014 to July 05, 2016). She also served as a Member of Indian Council of World Affairs from October 1, 2019 to July 7, 2021.

In 2019 Parliamentary elections, Smt. Anupriya Patel retained her constituency and won by an even greater margin in the polls.

She hit another milestone moment in July, 2021 when entrusted with the responsibilities of Minister of State in the Ministry of Commerce and Industry in the Modi Government - 2.

Her commitment and unparalleled spirit to work towards strengthening the social justice ideology is admired by people at large. She has garnered widespread public support for her tireless developmental initiatives in her constituency and beyond.

Smt. Anupriya Patel, face of resurgence of the underprivileged, powerfully represents a strong image of a leader who is passionate, decisive and committed towards the cause of the oppressed and marginalised sections of the society.